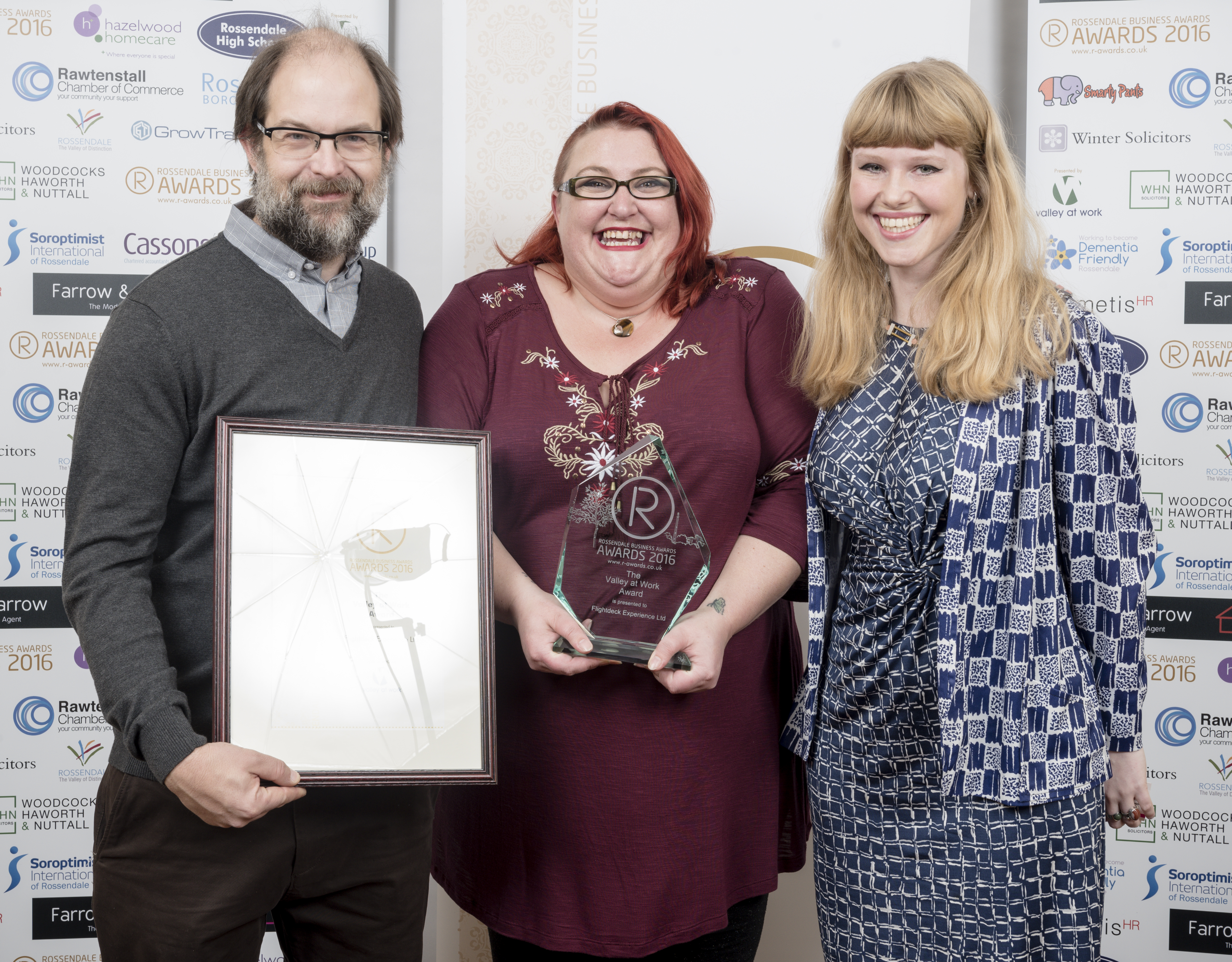 It was standing room only as more than 200 packed Whitworth’s The Riverside for the long awaited final of Rossendale Business Awards.
This year’s competition – the seventh – was the most keenly contested with more than 200 nominations and nearly 100 completed entries.
Retired small business owner Councillor Granville Morris, the Mayor of Rossendale, spoke of his delight at how many different types of business were represented in the hall.
His views were echoed by Mayor of Whitworth Councillor Madeleine De Souza who said: “From creative to community, the categories cover a wide cross-section of the businesses community both large and small or not for profit, new and well established.”
They both praised the organisers Valley at Work, an independent group that connects local businesses.
Free Press reporter Charlotte Green presented a beautiful bespoke engraved crystal trophy created by Alexis Valentine from Walking on Glass to the Valley at Work winner, the business deemed a beacon among all others.
Collecting the crystal was the innovative winner of the Tourism Award Stacksteads-based Flightdeck Experience. In a converted mill at Toll Bar owners Steve and Vicky Everson have built not one but two simulators, a Boeing 737 and a Vulcan.
Afterwards they were lost for words. “I am absolutely gobsmacked,” said Vicky.
The couple moved from Milton Keynes to Rossendale to be nearer Steve’s workplace as a broadcast engineer and their passion was aircraft.
Their hobby business, which started in their spare room at home. has been so successful it is now a full time job for them both and attracts international customers to Rossendale.
They married on Concorde at Manchester Airport and fell in love with Rossendale.
Vicky said: “It just felt like home and it’s really nice to feel a part of the community.”
Steve added: “Some people ask why we are not based near to an airport, but we wanted to give people who live nowhere near an airport that experience.”
Rob Carder, Chair of Valley at Work which organises the competition, praised Flightdeck for bringing ‘an entirely different experience’ to Rossendale and urged everyone to go and see it.
He thanked all the organisers for making the awards such a success.
New categories were introduced including Enterprising Woman sponsored by Soroptimist International of Rossendale.
President of Soroptimist International Rossendale Alison Driver praised the winner Christine Moffatt, owner of Headmasters in Waterfoot, saying: “Her style is to lead by example.”
Pride of our Valley was another sought after title and six individuals and organisations were picked as finalists from the 15 nominated.
However sponsor Hazelwood Homecare said the judging panel found it impossible to select one over another and the award was jointly shared by all.
Dansworks Dance Academy of Bacup provided entertainment during the interval and a raffle for Veterans In Communities raised nearly £250.