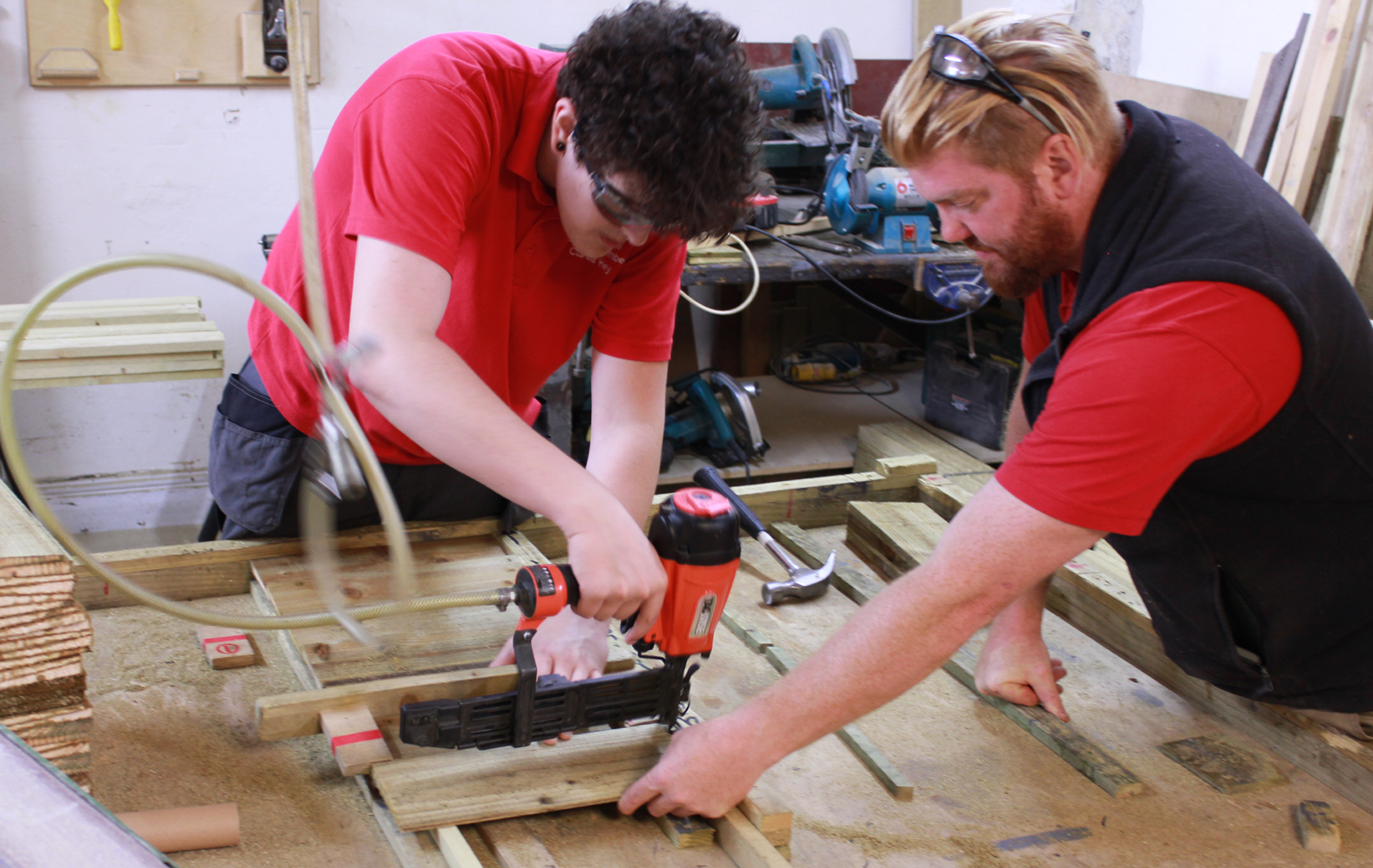 WINNING the Apprentice of the Year business award title gave a Haslingden company an increased profile and brought new customers. James Stroud proudly took along his apprentice to Rossendale Business Awards presentation night at The Riverside in Whitworth. The owner of Rossendale Bespoke Timber, based in Blackburn Road, Haslingden, was delighted when his business won the apprentice category. James, 38, said: “It was an endorsement of what we do and the investment we are making in the future of joinery by training apprentices.  I have been self employed since I was 19; as I have dyslexia and I found it better to be working for myself. I founded Rossendale Bespoke Timber on February 1 2013. When I started this business I was really struggling to find people with the right skill set. I initially approached Burnley College, but at that stage the business was not big enough so I took on apprentices part time. As the business has grown, our apprentices have become full time.”

The company is now seeking an additional apprentice as business is booming with the success of its log store product that is being sold across Europe. James said: “I was on holiday in Majorca when I was contacted to say one of our log stores had been sold to a client on the island in a village just 6km away from where I was. I am Rossendale born and bred, have a workshop in Haslingden and my product is being sold in Spain, Germany, Italy, France and all over the UK.”

Former apprentices have gone on to work for themselves, one creates heritage staircases in Wales while another is a kitchen fitter. James added: “Customers nominate for an award and it would have been wrong for me not to complete the form and enter. From a business point of view, winning the award has led to a lot of customers coming in who said they didn’t realise we were here. It has raised our profile and brought in business which has been fantastic.”

This year Rossendale Bespoke Timber is sponsoring the apprentice category.

The business awards are organised by Valley at Work, which connects local businesses through regular monthly meetings. The presentation will be at The Riverside on November 9 and nominations are now open and will remain open until September 23. Once nominated, businesses can determine which of the categories they wish to be entered for. Nominations for Customer Friendly businesses can only be made by the customer.