New R-Award: Pride of our Valley 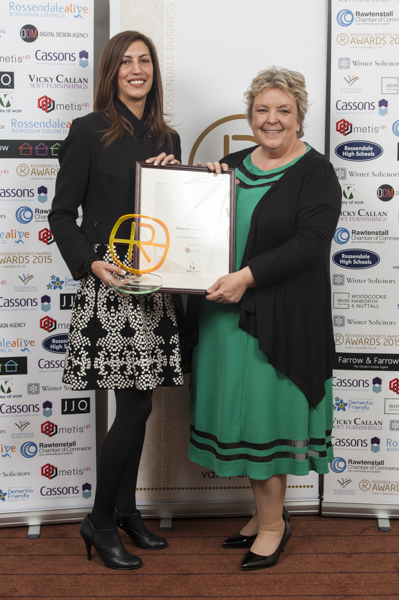 New R-Award: Pride of our Valley

A SPECIAL category has been introduced to this year’s Rossendale Business Awards to reward people or associations that make Rossendale great. The Pride of our Valley award is being sponsored by Hazelwood Homecare of Rawtenstall, who have twice won the Employer of the Year title. Valley at Work, which connects local businesses, has organised the awards for the past seven years.

Chair of Valley at Work Rob Carder said: “This is for a person or people, a society, association or a club that has been involved in an activity that has made a difference to life locally. We are looking to reward people for doing something that Rossendale should be proud. This category is not open to established social enterprises or charities, instead it looks to recognise the business-like way local groups operate in to make a difference. Examples would be Bacup and Stacksteads Carnival, Stacksteads Countryside Park Group or Rossendale Civic Pride; across Rossendale there are many potential groups and organisations that could be nominated. We realised that although we had a Community Business category, many groups did not feel that they really fitted the criteria hence the creation of Pride of our Valley. We are also delighted to welcome on board a new sponsor in Hazelwood Homecare who wanted to give something back.”

Nominations can be made for the awards from August 17 until September 23. Last year an astounding 152 individual businesses were nominated, some several times, nearly double the figure for 2014.

Jill Allen, Registered Manager from Hazelwood Homecare, said: “This is something that we wanted to do because we are very much a Valley-based business and we have been here for more than 30 years. We were delighted to win the Employer of the Year title for the last two years and felt that it was right to give something back. We are very proud of what our company does and the difference we make and it will be good to reward others. We are waiting with baited breath to read the nominations. I think there is a lot that goes on in Rossendale, but shouting about what we do is not something people here do well. This award will be an opportunity to do just that.”

The awards’ ceremony will be held at The Riverside, Whitworth, on November 9 when 17 different trophies will be awarded.