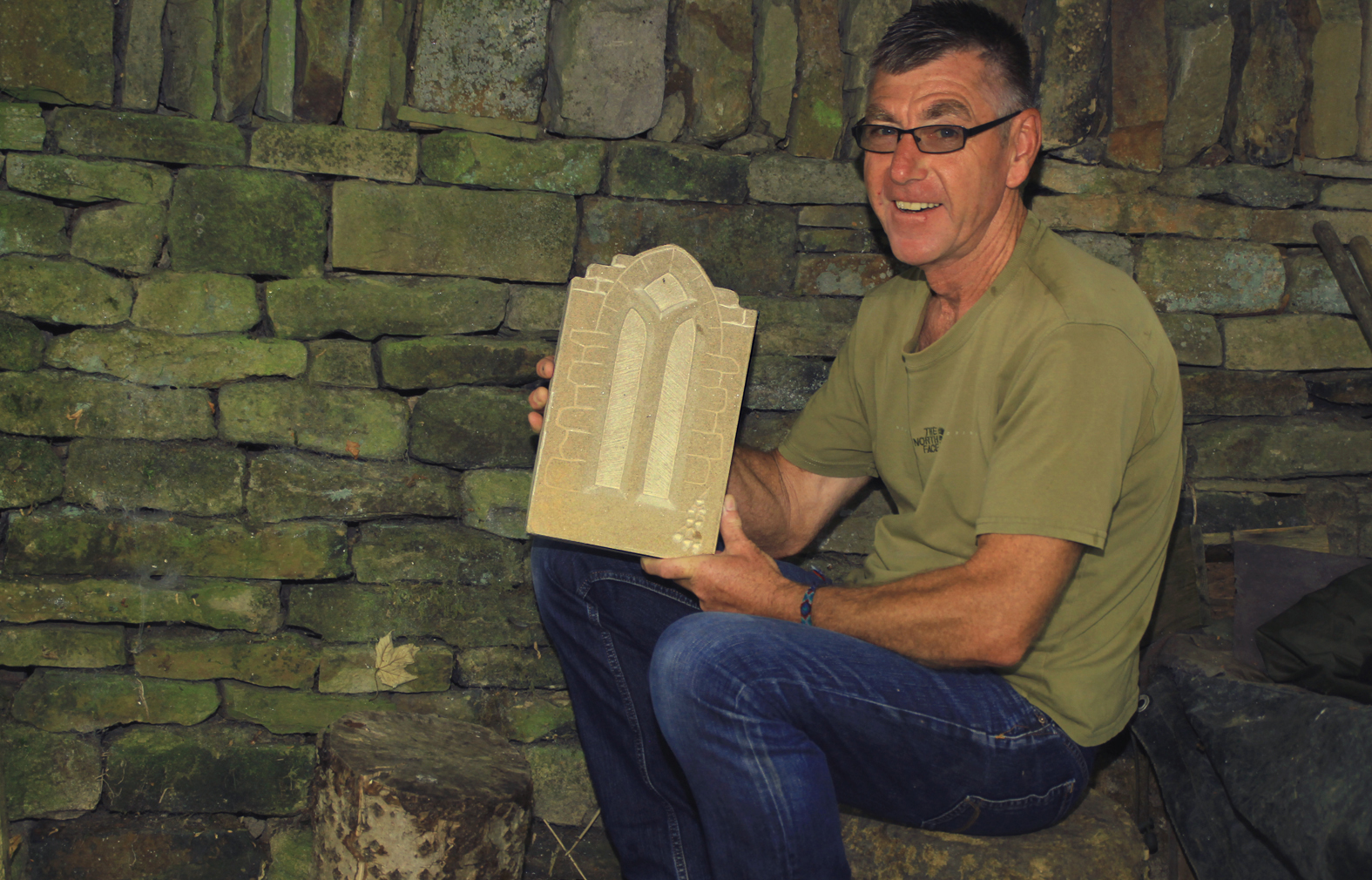 SPOTTING a book in a library just after the birth of his daughter led to a whole new career for Alan Rhodes. Last year the self-employed dry stone waller won the Artisan Business title at Rossendale Business Awards. Alan, from Whitworth, had been working in the building trade when he picked up the book; a week later he enrolled on a dry stone walling course. He said: “I started in 1992 and spent 10 years getting fully qualified. It is something I have a passion for and now I also get the chance to pass my skills on to others.”

Alan set up his own business full time in 2004 and as well as building walls he is also an assessor and has worked as far as Derbyshire and Wales. This year he was commissioned by Hyndburn Council to provide a stone carving in memory of a Councillor. He said: “I also instructed people to create a dry stone wall in the grounds of the new Great Harwood and Rishton Cemetery and an excellent job the did. I also held taster sessions at an allotment site in Hyndburn.”

Alan never stops learning and he has recently added hedge-laying along with stone carving and lettering to his list of skills. He said: “I entered the awards in 2014 when I was a finalist in the Creative Business category and when I saw a new Artisan category had been introduced I thought it was right up my street. Dry stone walling is very creative, I also get to be outdoors all the time and see lots of wildlife. While I was fixing one wall I watched a mouse pick up and rehome all her babies into a part of the wall I had just repaired. Other times I have been working on a wall searching for a stone and looked up to come face-to-face with a deer. I am not sure who was the most surprised. There are rules to follow, you have to plan how you are going to build and make sure that the structure is going to last. Winning this award is brilliant for people like me who have made a career of something that they love doing and to be recognised for that is fantastic. I would hope this may inspire someone else to do what they want to do. How many hundreds of pounds a week it is worth to be happy? You can’t buy it.”

Rossendale Business Awards is organised by Valley at Work and this year’s awards will be open for nominations until September 19.

For more information on the awards visit http://r-awards.co.uk or contact Rob Carder, chair of Valley at Work, on chair@valleyatwork.co.uk